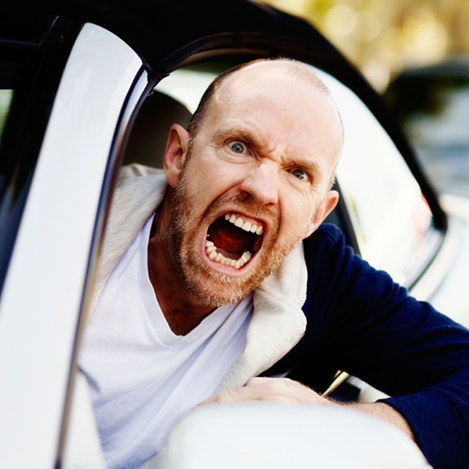 According to CBC News, a Toronto road rage incident was captured on video as a CBC News crew was interviewing an Ontario police officer on a highway overpass.

“There’s a road-rage incident, just right here,” CBC’s Neil Herland told the officer. Williamson told the two men to get back in to their cars and to “grow up”.

The two men eventually got back into their cars after almost exchanging blows and kept moving. According to CBC News, it’s unclear about what sparked the confrontation, though the two cars appear dangerously close together.

Many road rage behaviours can be considered aggressive driving, which is one of the leading causes of death on Ontario highways according to OPP Sgt. Kerry Schmidt.

Police can charge road ragers with offences such as reckless driving which can lead to fines and higher insurance rates.