New Technology to Detect Dangerous Hits to the Head 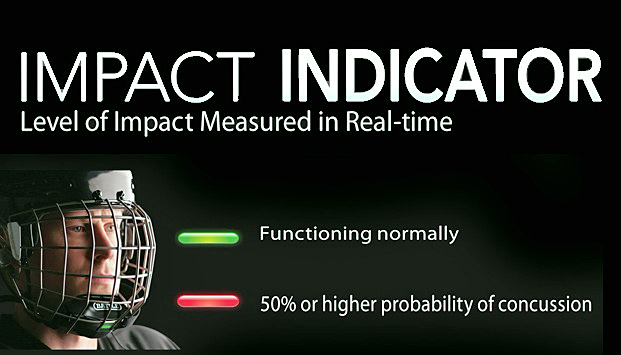 A new wearable skullcap could change the way concussions are diagnosed. NFL Tennessee Titans quarterback Matt Hasselbeck showed off the new technology at the 2013 Las Vegas Consumer Electronics Show. Created by Reebok, the new Head Impact Indicator is a group of wearable sensors that measure the force of hits to the head.

The thin, lightweight skullcap contains wearable sensors and is the newest device that will help with real-time concussion assessments. Every time a player is hit above a pre-established threshold, a red or yellow light flashes to alert that a potentially dangerous hit occurred.

Concussion management can be difficult, especially in children. The skullcap presents a tool to help determine the severity of a head injury. It can be worn under a helmet and lights up depending on the intensity of the hit. With the aid of the skullcap, those on the sideline – coaches, parents, trainers – can know immediately how severe the hit was and how to proceed. Since players often do not realize how hard they’ve been hit, the sensors ensure that someone is advised promptly of potentially serious brain damage.

Why is this technology important? Recent results from Junior Seau’s brain autopsy came back positive for the brain disease chronic traumatic encephalopathy. But Seau was not diagnosed with concussions during his time on the field. He did not know that the hits he received were causing significant damage to his brain. A device like Reebok’s could aid in preventing future damage to players.