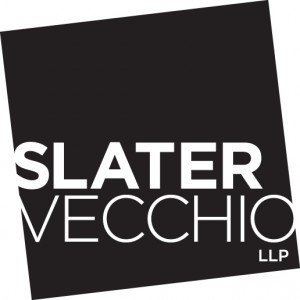 For a young man with a prosthetic hand, the phrase"there's an app for that" has a whole new meaning. Jason Koger lost both his hands in an electrocution accident caused by a downed power line on an ATV. He has tried many different prosthetic hands but the latest one comes closest to a real hand.…
AUTHOR: Slater Vecchio | CATEGORY: Home Safety Spinal Cord Injury |
Michael Slater, Q.C., Awarded 2013 Bar Award by TLABC! 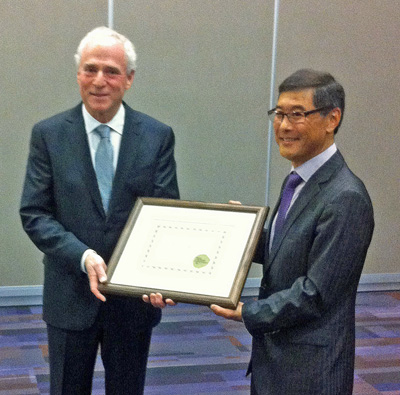 Slater Vecchio is pleased to announce that one of our founding partners Michael Slater, Q.C., has been awarded the 2013 Bar Award by the Trial Lawyers Association of B.C. Mike has been a practicing lawyer since 1976 in the area of personal injury. He specializes in traumatic brain injury and spinal cord injury cases and…
AUTHOR: Slater Vecchio | CATEGORY: News |
Pocket Concussion Recognition Tool

"No athlete should be allowed to return to play after a concussion or suspected concussion," confirmed the panel of global concussion experts. Dr. Meeuwisse from the University of Calgary led this fourth International Conference on Concussion in Sport held in Zurich in November 2012. These experts have developed a tool, a "Sport Concussion Assessment Tool"…
AUTHOR: Slater Vecchio | CATEGORY: Brain Injury Child Safety Sports Injury |
Time to Spring Ahead

It's Daylight Savings Time this Sunday, March 10. That means less sleep for many of us who are already sleep deprived. The New England Journal of Medicine conducted a study that showed loss of sleep produces 17% more car accidents on Monday. This increase was 8% higher than when the study was done 15 years…
AUTHOR: Slater Vecchio | CATEGORY: Home Safety Motorcyclists Motorists Uncategorized |
Stay Safe While Keeping Warm this Winter

Four kids and their mom were killed in December in Oklahoma City by a fire started by a space heater. This heater was too close to a flammable material. Live Safe reports that over 100,000 house fires occur in the U.S. each winter and cause nearly a thousand deaths. Space heaters cause one third of…
AUTHOR: Slater Vecchio | CATEGORY: Child Safety Home Safety Uncategorized |
Cheat-Proof Concussion Scan

A new research program has been created at Surrey Memorial Hospital to develop a tool that determines if a hit to the head is a concussion or not. The goal is to "create something as easy to use as a home blood pressure cuff to take a quick reading of your brain's functional status, so you…
AUTHOR: Slater Vecchio | CATEGORY: Brain Injury Child Safety |
Does Your Cell Phone Make You A Target?

Mobile smartphones can be incredibly useful. From built in maps to mobile internet and games, it seems that there's an app for everything. Most phones now come with a GPS built in. Many apps now have access to that GPS and connects users to a location service that provides up-to-date information about their location. But…
AUTHOR: Slater Vecchio | CATEGORY: Child Safety Social Network Uncategorized |
Happy Holidays!

It's been a month since Amanda Todd's tragic suicide. In response, the B.C. and the federal governments have unveiled a new anti-bullying strategy at an anti-bullying conference that took place in Vancouver. ERASE Bullying is an anonymous reporting tool for those who are being bullied or have witnessed bullying. The goal is to create safe…
AUTHOR: Slater Vecchio | CATEGORY: Child Safety News Social Network Uncategorized | Tags: online bullying, online safety
Blog Search
Newsletter
Category
Blog Authors
Archives