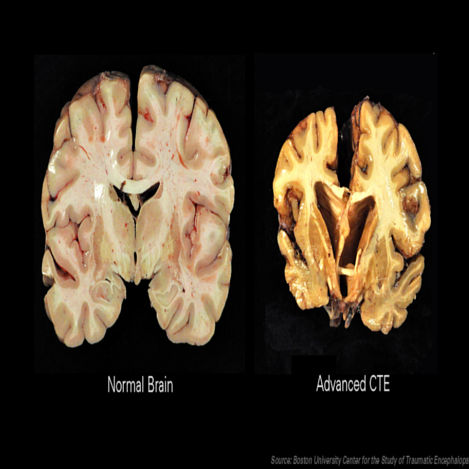 Tyler Sash was just 27 when he was found dead in his Iowa home from an accidental overdose of pain medication. After 16 years of playing football, Tyler won a Super Bowl in just two seasons with the New York Giants – it ended up costing him his life.

After Tyler was fired from The Giants in 2013, he dealt with confusion, memory loss and minor fits of temper which affected his ability to get a job. “Now it makes sense,” Sash’s mother told the New York Times. “The part of the brain that controls impulses, decision-making and reasoning was damaged badly.”

After his death, the researchers at Boston University and the Concussion Legacy Foundation diagnosed Tyler with chronic traumatic encephalopathy (CTE) and they concluded that the disease had “advanced to a stage rarely seen in someone his age.” His family donated his brain to be studied for CTE as the disease can only be confirmed posthumously.

The CTE scope rates severity from 0 to 4 and Tyler was at Stage 2, approximately the same stage Junior Seau was at when he committed suicide.